Embassy of Myanmar and Korea: Film screening of A Flower Above The Clouds

On Sunday the 9th of February 2020, at the CGV Theatre in Grand Indonesia Shopping Centre in Jakarta, Indonesia, the Embassies of Myanmar and South Korea held a special movie screening showcasing the renowned film “A flower Above The Clouds.” 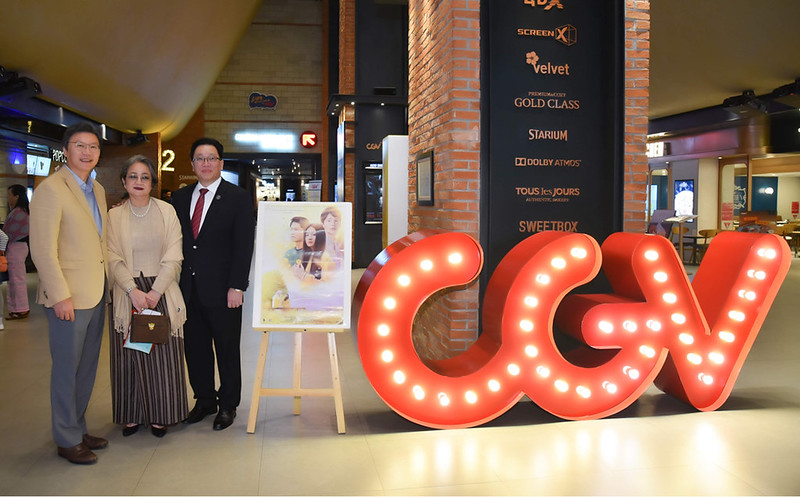 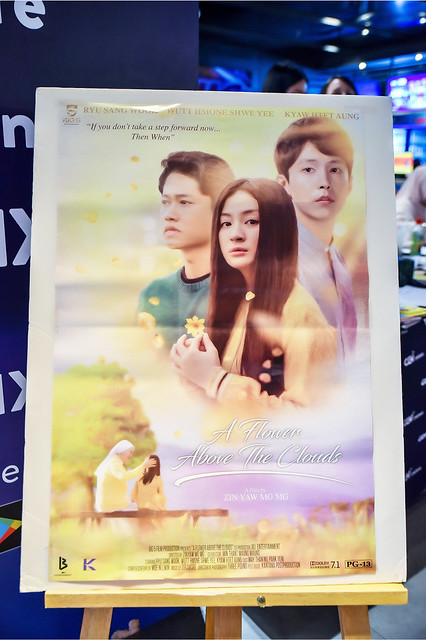 This special collaboration film was a joint effort between renowned personalities of the movie industry in Korea and Myanmar. "A Flower Above The Clouds" is a film by producer Zin Yaw Mg Mg who was also present during this special screening event. The film, which marks the first collaboration between Korea and Myanmar, was produced by Big 5 Film Production together with JBJ Entertainment and starred Ryu Sang Wook, Wutt Hmone Shwe Yee, and Kyaw Htet Aung.

This film is a romantic drama dedicated to friendly relations between Myanmar and Korea. This is the maiden collaboration between Korea and Myanmar in the movie industry. And Indonesia was chosen to be the second country after Singapore to hold a screening of the film. 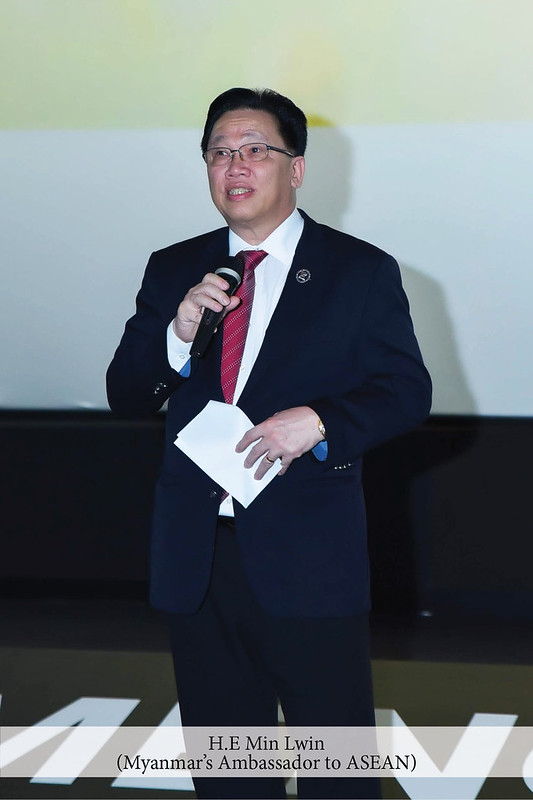 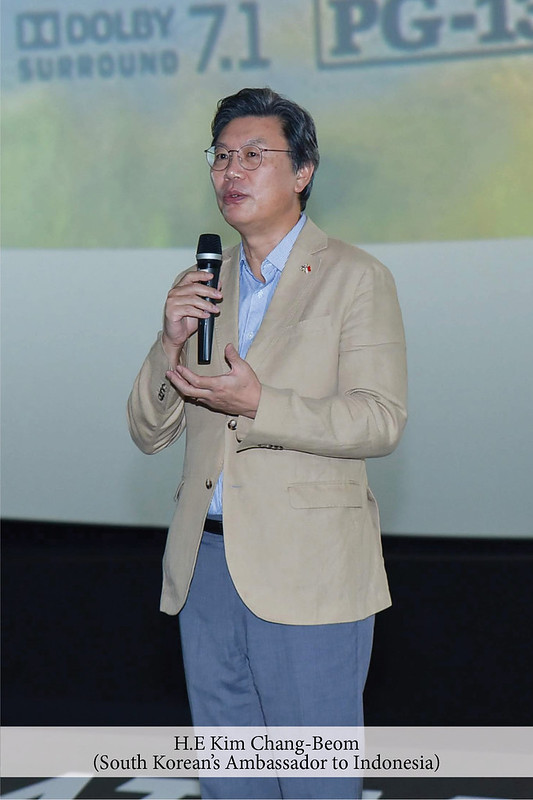 "A Flower Above The Clouds" was made with an interesting and unique storyline which depicts a Myanmar woman who has a great fear in her life and in meeting a man from Korea she finds someone who becomes the perfect foil and partner who is able to help her overcome her fears. The film is also unique in that it has been adapted into three separate languages, Myanmar, Korean and English.

The screening of this film was attended by a whole host of dignitaries and members of the media as well as movie lovers. Present during this special screening were H.E Min Lwin and Madame Sabai Win, H.E Kim Chang-Beom, Mr. Zin Yaw MG MG (the producer of the film), H.E Ade Padmo Sarwono (Indonesia’s ambassador to ASEAN), H.E Vegard Kale and H.E Leehiong T. Wee amongst other notable dignitaries and personalities. 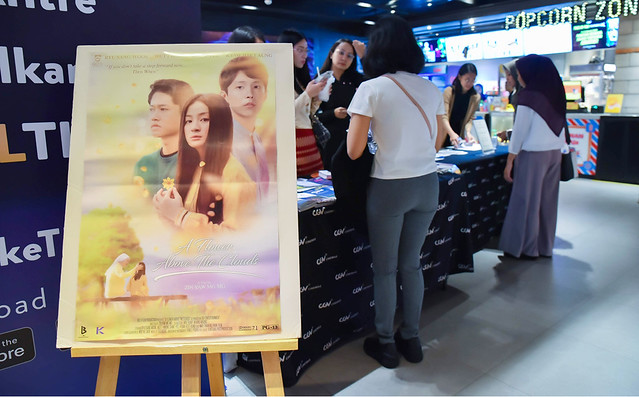 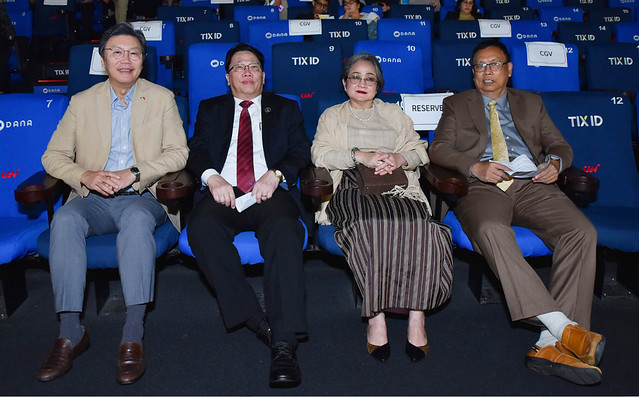 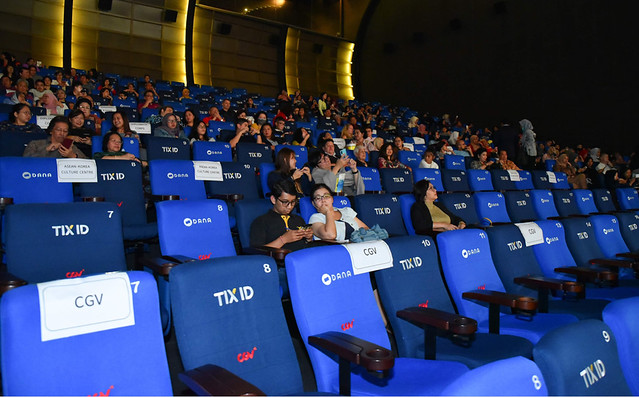 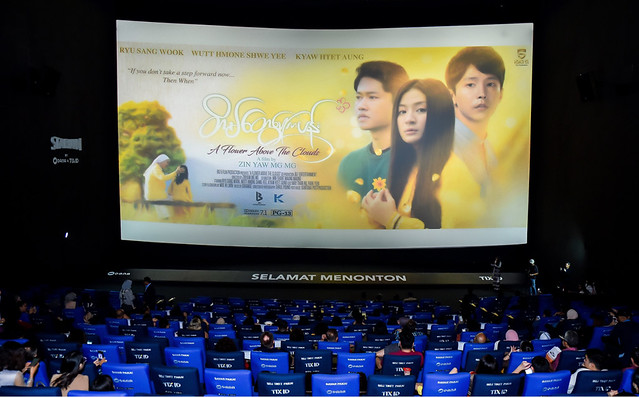 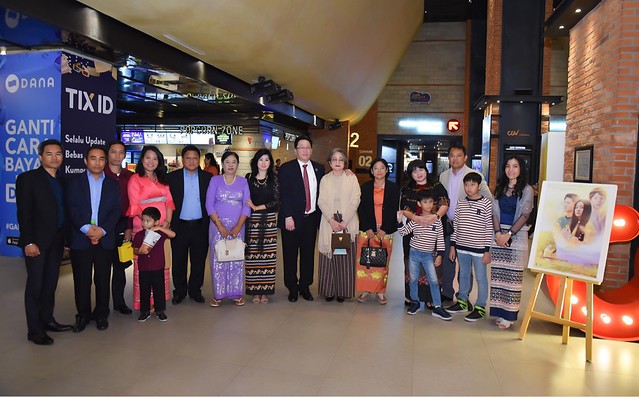