Piaget Altiplano Ultimate Concept - from a Micro-Engineering Experiment to Reality

Piaget stole the show at the 2018 Salon International de la Haute Horlogerie with the unveiling of the remarkable Altiplano Ultimate Concept - the thinnest mechanical watch in the world. 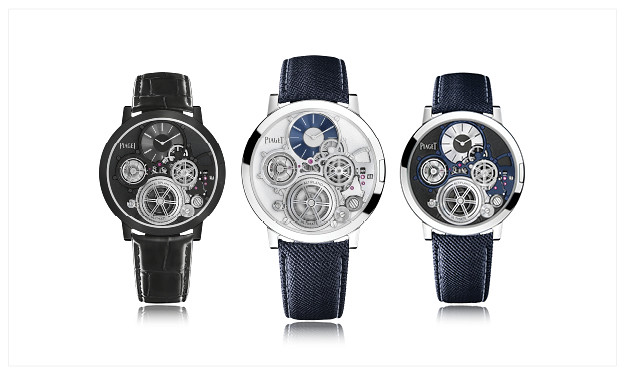 Measuring a gossamer 2mm, the Altiplano Ultimate Concept served as a stage for numerous Piaget innovations, including a case that formed part of the movement, a unique integrated winding crown, an ultra-thin crystal and, more importantly, new constructions for the barrel and energy regulation.

The Altiplano Ultimate Concept was developed and produced entirely in-house by Piaget's dedicated Research and Innovation division which worked solely on the prototype for four years, during which many of the established codes of watch making were re-invented. After, two more years were spent engineering and perfecting the design to make the perfect piece.

Its classical design dictates a standard four-layers construction: bezel and crystal; dial, hands and movement encapsulated in a case and case back. Piaget, the master of thin watches since 1957, had already used the fusion concept in its 900P in 2014 (3.65mm) & 910P in 2018 (4.3mm) - the world's thinnest mechanical watches at that respective time. Made possible by creating a 3 parts in one case where the case, caseback & mainplate were directly carved from one single block of gold. 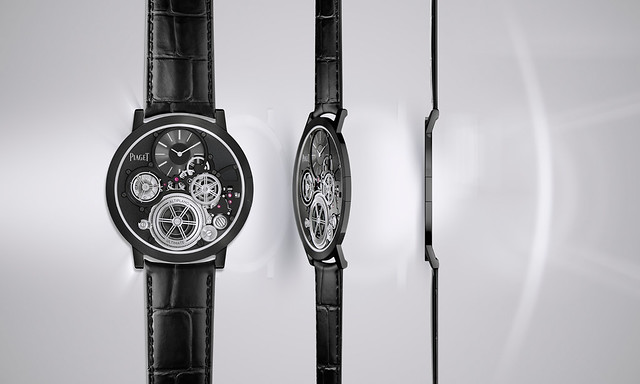 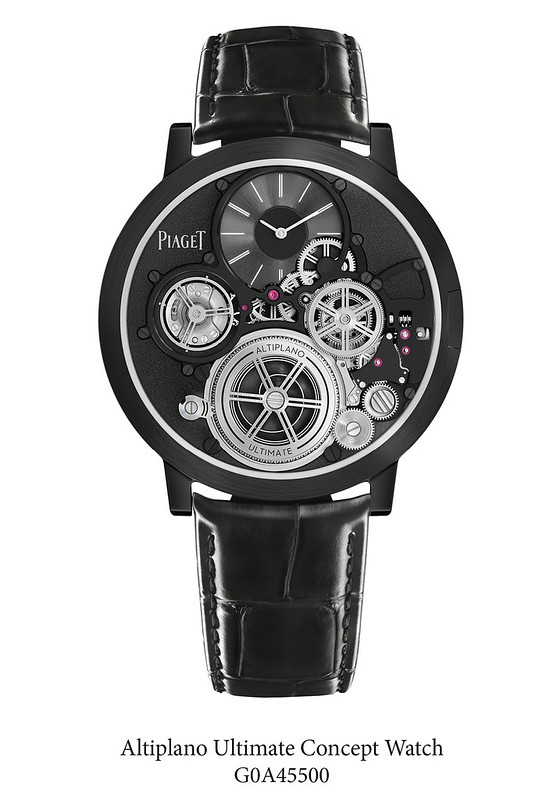 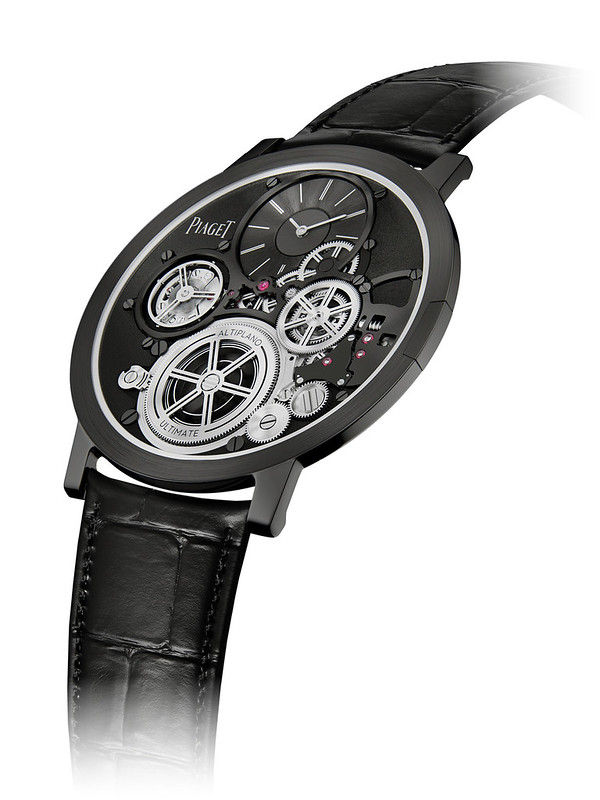 With the Altiplano Ultimate Concept, the only option was to go one step further. Piaget embarked on a journey of unprecedented miniaturisation that resulted in the filing of no fewer than five patents, the process beginning with the creation of a case for the watch where the movement baseplate is directly machined on.

Too thin to use gold, the Altiplano Ultimate Concept case had to be made from a new engineered material - a cobalt-based alloy that is highly resistant, 2.3 times stronger than gold - much harder to machine. Other parts were entirely re-sized, with wheels, for example, being reduced from a conventional 0.20mm thick to 0.12mm thin, and the sapphire crystal, normally 1mm thick in a standard watch, being pared-down by 80 per cent to a scarcely believable thinness of 0.2mm.

The mainspring barrel (the power source that drives the mechanism) is also of an entirely new design that has no cover or drum but is mounted on a single, ceramic ball-bearing within the frame of the watch and enables the fully-wound movement to run for up to 40 hours. The crown, meanwhile, has been re-invented to take the form of a flat, telescopic system (with its own, specially-designed winding tool) that fits flush with the case band and in which the conventional sliding pinion clutch and crown wheel are substituted for a single, 'infinite screw'. 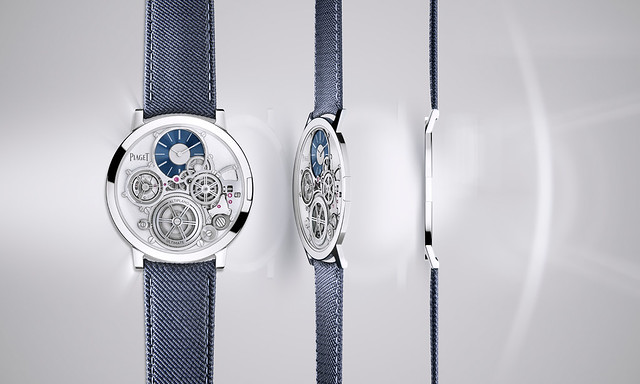 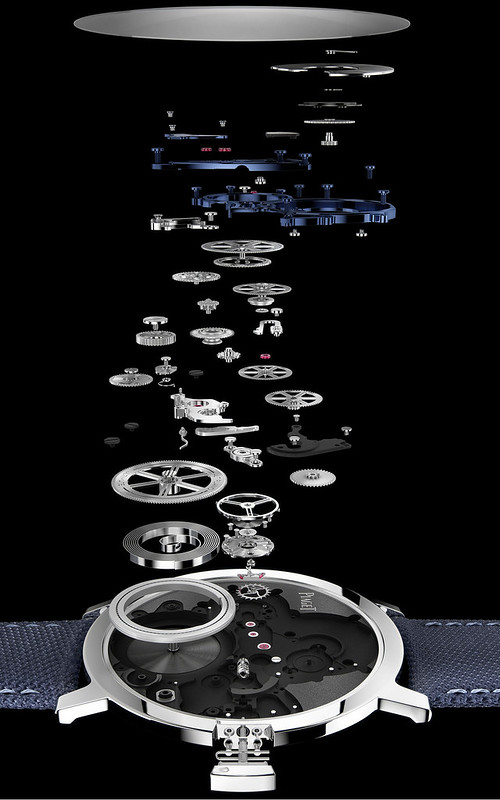 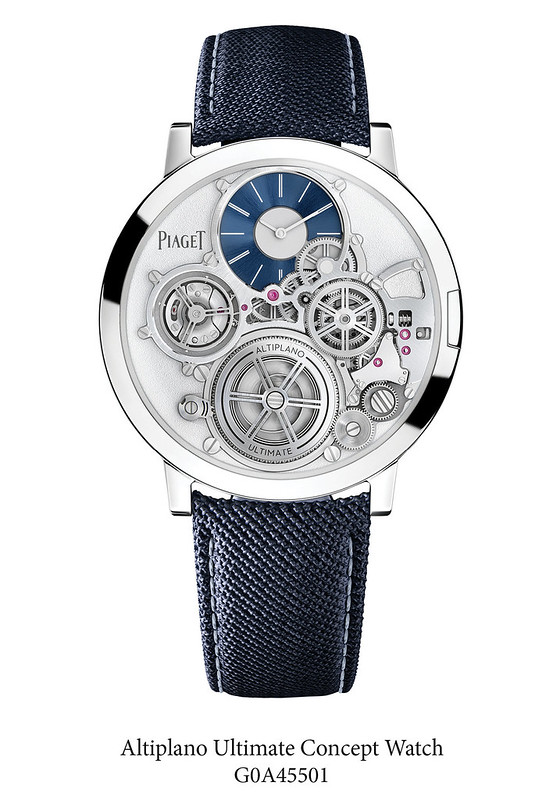 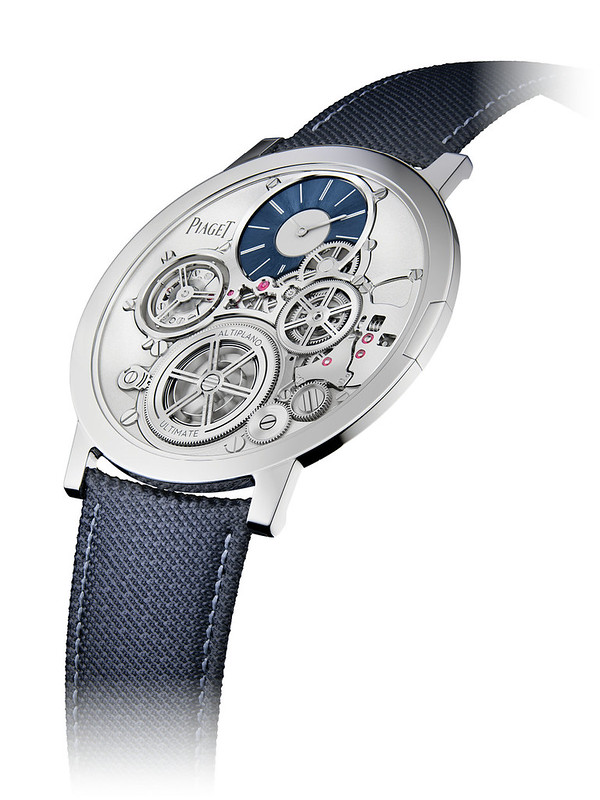 A revolutionary construction that offers great advantage of perfectly protecting the crown, and therefore the movement from unwanted shock. The dial's off-centre position, meanwhile, meant that a conventional, straight winding stem could not be used - a problem Piaget solved by creating a patented 'staggered' stem.

In order for the system to function perfectly, the conventional hour hand is replaced with a revolving indicator disc while the minute hand works in the usual way. So thin is the Altiplano Ultimate Concept, that a mere 0.12mm of cobalt separates the movement from the wearer's skin - a degree of slimness that meant even the method of indicating the time had to be re-thought: instead of having a dial and two hands placed on top of a bridge, the Altiplano Ultimate Concept features a dial that lies beneath it, thus providing protection from any contact with the strong but wafer-thin crystal should it be momentarily deformed in an impact. This innovative technical feature is a patent registered by Piaget in 2014 (for the launch of 900P caliber).

Indeed, the Altiplano Ultimate Concept belies its wafer-like appearance by probably being tough enough to withstand everything from the level of G-Force experienced in an aerobatic jet to the force of a meteorite crashing to Earth! 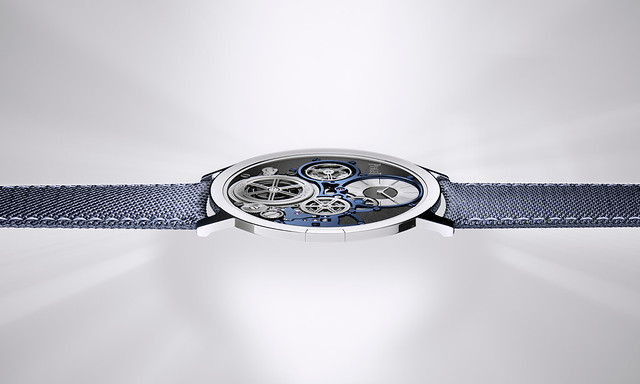 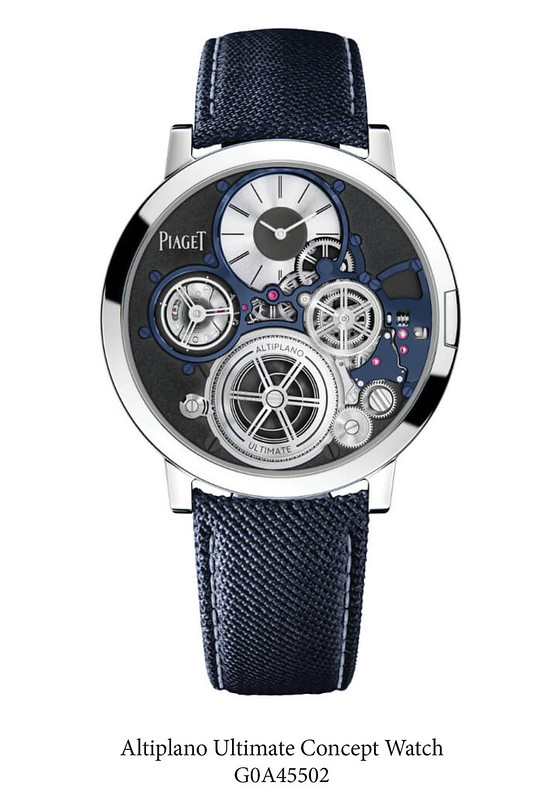 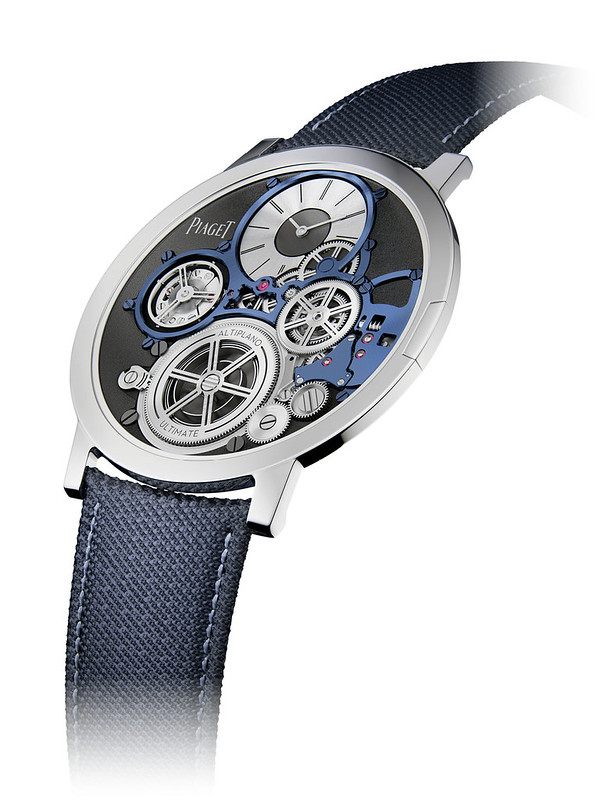 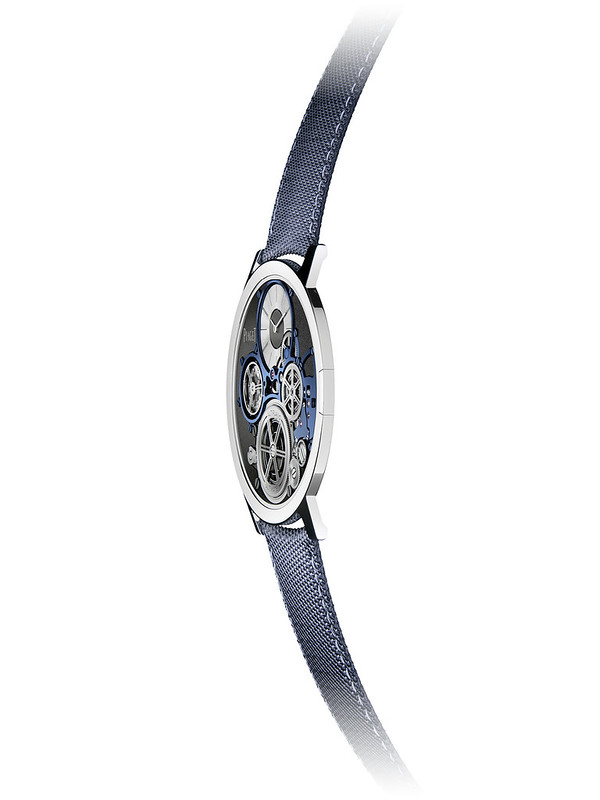