Bonhams is honoured to offer at auction The H Collection: Chinese Furniture, Archaic bronzes and Japanese Art. The remarkable collection includes over 80 pieces, comprising an important group of rare classical huanghuali furniture, early archaic bronze ritual vessels, ceramics, jades and scholar’s works of art, as well as Japanese screens, works of art, arms and armour. Selected highlights will be on preview in Hong Kong from 22 March to 1 April 2021, and in London from 8 to 12 May, before going under the hammer at Bonhams London New Bond Street saleroom on 13 May.

The distinguished European private collection was formed to the highest aesthetical and collecting standards setting a benchmark of quality and refinement, exuding elegance and fluidity through the classical furniture’s simple silhouettes and austere forms, conveying the owners’ tenacious pursuit of understated sophistication and stylistic excellence, perfectly blending the past with modern living. The core part of the collection revolves around the timeless Chinese classical furniture dating from the Ming dynasty in the 1550s to the Qing dynasty in the 18th century, all made from the lustrous prized huanghuali wood. Examples from the collection were formerly sold by leading dealers including Grace Wu Bruce, Nicholas Grindley and Marcus Flacks.

Amongst the highlights of the collection is an outstanding huanghuali day-bed with humpback stretchers, ta, Ming dynasty, circa 1550-1600 (estimate: £800,000-1,200,000; pictured front). The day-bed is an exceptionally early example remarkably fashioned from huanghuali sections of unusually large size, making it an exceedingly rare piece. It would have been used both for both daytime sitting and night-time sleeping. Several woodblock prints dating to the Ming dynasty often depict scholars and Court ladies siting on similar benches in both indoor and outdoor settings. Formerly in the collection of David S. Utterberg (1947-2020) and Nayda Utterberg, Seattle, it was published by one of the leading Chinese furniture scholars, Sarah Handler in 1993. 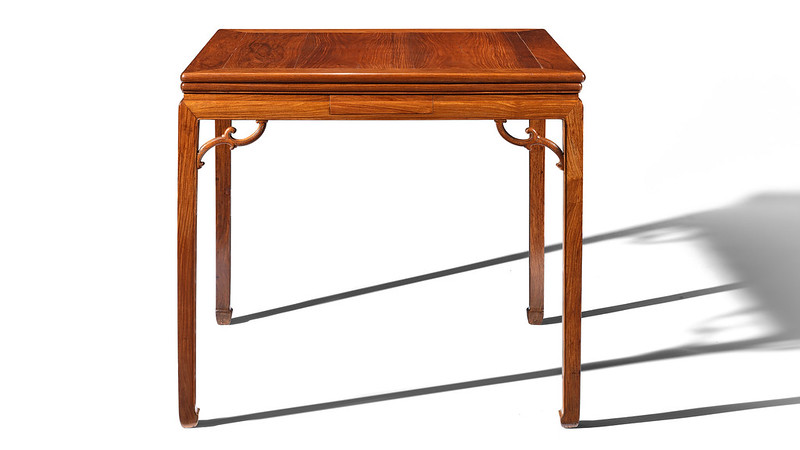 One of the most exquisite, seemingly simple but actually of remarkable complex design, is an exceptionally rare huanghuali ‘game’s table, 18th century (estimate: £800,000-1,200,000). The table notable for the rich golden honey-tone of its prized wood, is set with a removable top, allowing it to be used for dining or other functions, which when removed ingeniously reveals a concealed recess for a shuanglu (a Chinese version of backgammon) board and other gaming boards, such as xiangqi and weiqi (Chinese equivalents of chess and checkers), as well as two cylindrical game piece cups. Games tables were particularly popular during the Ming and Qing dynasties. 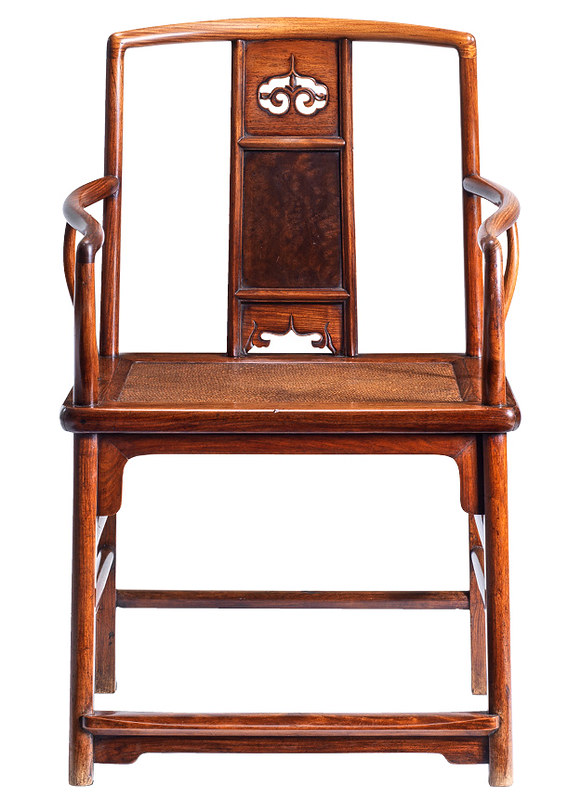 The collection also includes a number of rare huanghuali chairs. Amongst these is a rare huanghuali low-back continuous-yokeback armchair, guanmaoyi, 17th century (estimate:£300,000-500,000), unusually featuring a three-sectioned backsplat decorated with a reticulated ruyi medallion above an attractive burlwood panel and an arched apron. The remarkable chair, formerly with Grace Wu Bruce, was previously in the collection of the Museum of Classical Chinese Furniture, Renaissance, California. 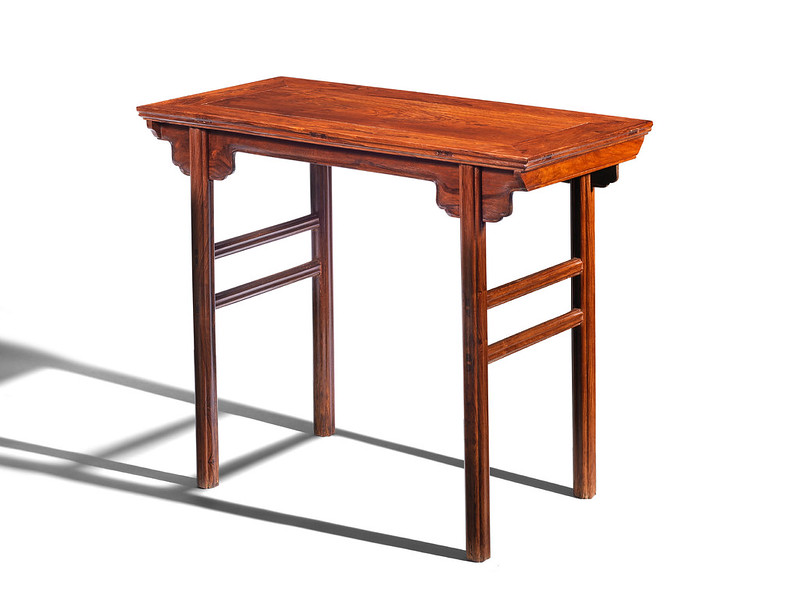 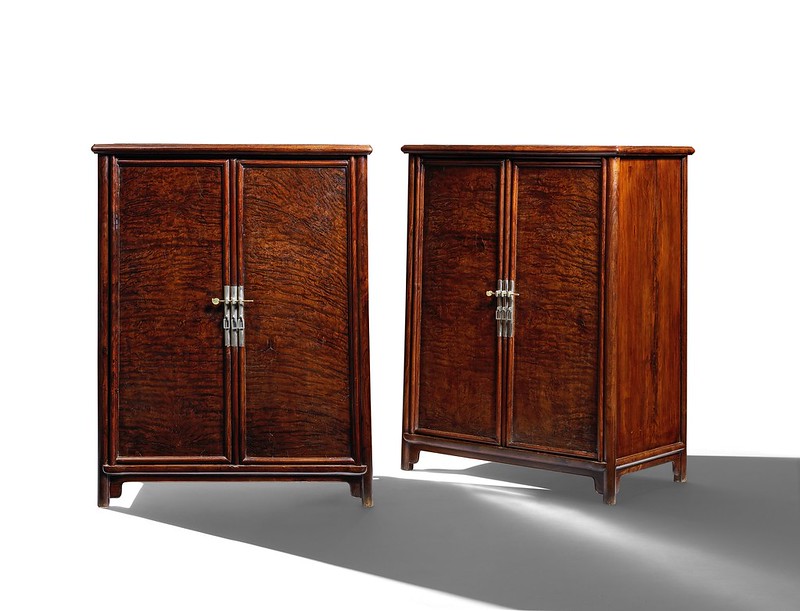 A very rare waistless recessed-leg side table, jiuzhuo, 18th century (estimate: £150,000- 200,000), is decorated with beaded edges and floral-shaped aprons, and supported on fluted legs. Also included in the collection is a rare pair of huanghuali, burlwood and fruitwood round-corner cabinets, yuanjiaogui, 17th/18th century (estimate: £120,000-150,000), notable for their elegant and tapering lines and the powerful swirls and hues of the wood. 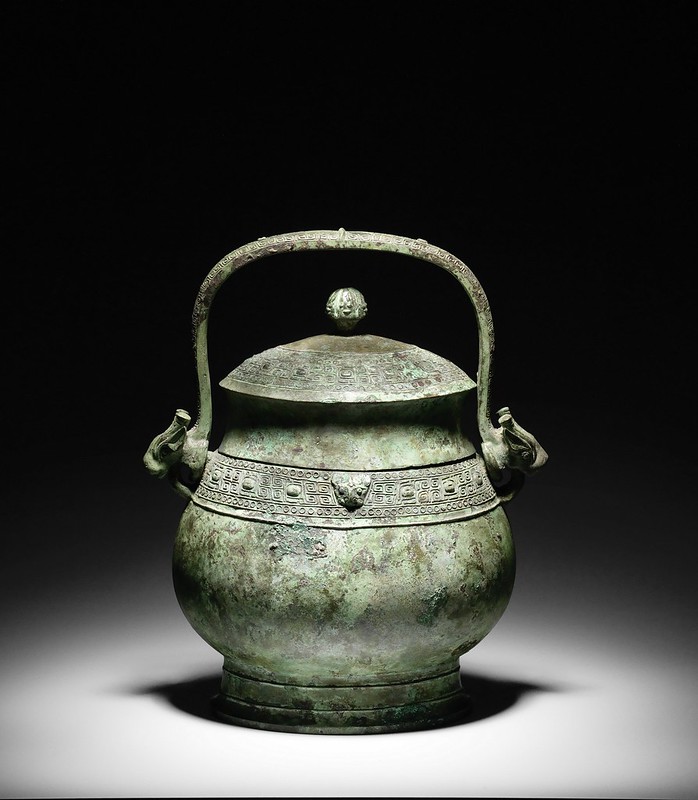 An important part of the collection is a select group of Chinese early bronze ritual vessels. These include a very rare wine vessel and cover, you, early Western Zhou dynasty, 10th century BC (estimate: £120,000-150,000). The vessel is inscribed with dedication ‘Shou made this precious ritual vessel as a sacrifice for ancestor Father Yi’, and has an important exhibition and publication history as early as 1949, having been part of the important Chinese art collection of Major-General Sir Neill Malcolm (1869-1953). 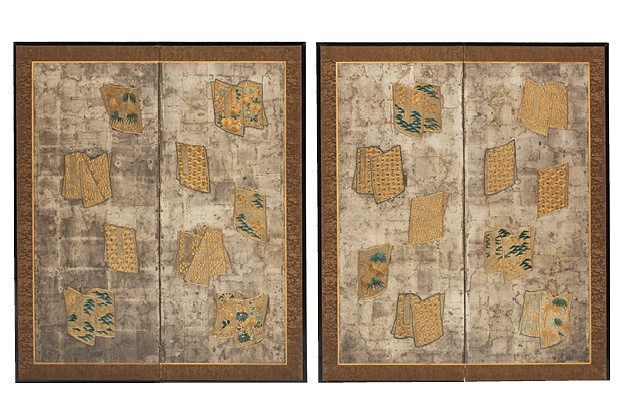 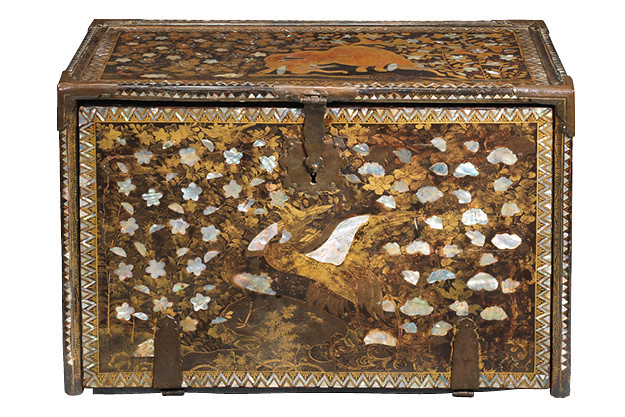 Included in the Japanese art part of the collection is a remarkable selection of screens including ‘Books’, a pair of screens dating to the Edo period (18th century) (estimate: £50,000-80,000), decorated with fragments of a robe, from the well-known art collection of Robert Ellsworth. A further highlight is a gilt-copper mounted Namban lacquer cabinet, Momoyama period (1573-1615) (estimate: £20,000 – 30,000).