A never-before-seen painting by celebrated Indonesia-based Belgian painter Adrien-Jean Le Mayeur is appearing on the market for the first time at Bonhams Southeast Asian Modern and Contemporary Art sale in Hong Kong on 22 April 2021. It carries an estimate of HK$ 1,800,000-2,800,000. 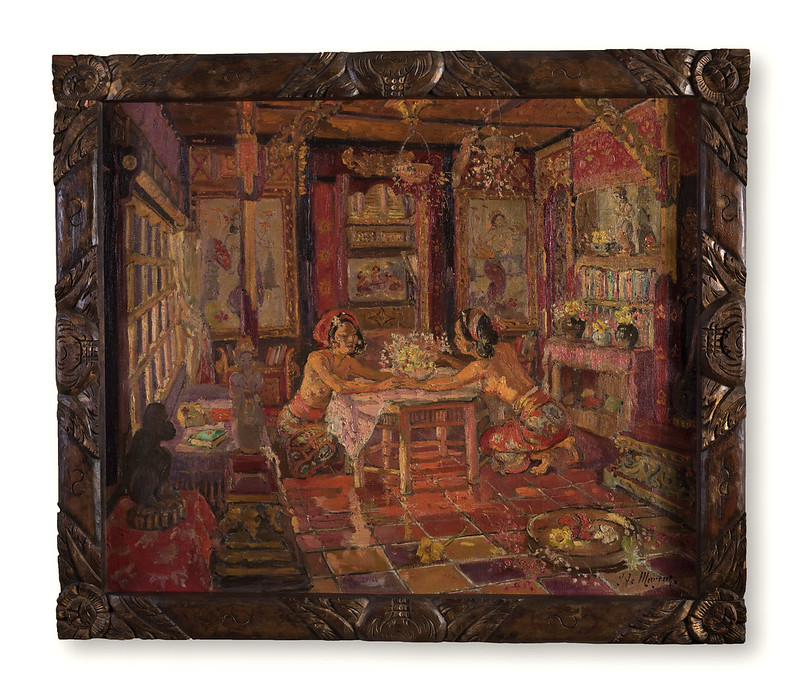 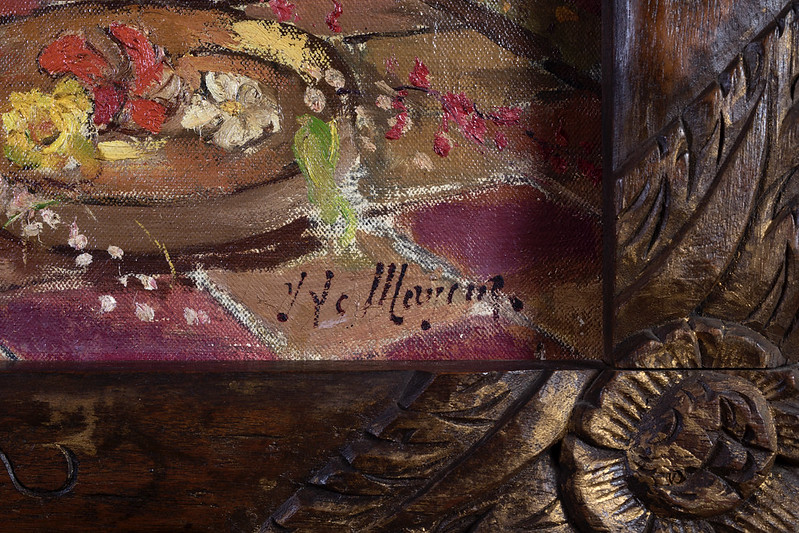 You will understand my paintings wherever you may see them.
For everything in this little paradise which I created for myself was made to be painted.
—Adrien-Jean Le Mayeur de Merprès

Two Women Arranging Flowers in the Interior is an intimate depiction of Le Mayeur’s home in Bali – a traditional Joglo house which in his own words served as his ‘little paradise’. While the well-travelled artist is best remembered for his portrayals of the sunlit, bright, and colourful Balinese outdoor scenes populated with jubilant dancers, flora and fauna; paintings exploring his domestic space are extremely rare. His home is the artist’s inner sanctum, as even guests and clients were only entertained outside of the house. 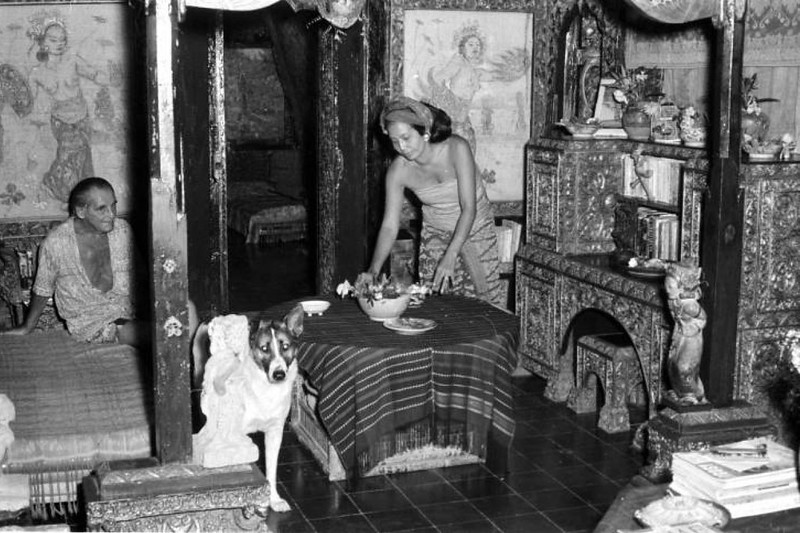 Le Mayeur at home with his wife Ni Pollock

Entering Le Mayeur’s home the viewer discovers a warm setting decorated with jewelled treasures and representations of other painted or sculpted objects. Despite this being a shaded interior, the artist still spins sunlight and colour from his brush. The perspective draws the eye to two female figures, replicated from his wife / Legong dancer Ni Pollok, as they arrange a bouquet of tropical garden flowers on a low table. Sunlight bounces off the windowsill, bathing the figures in a golden hue contrasting with the room's deep burgundy and luscious reds. The painting masterfully displays the intimate setting of the artist's home, which today is preserved as a state museum showcasing about 100 of Le Mayeur’s works donated to Indonesia by the artist couple themselves.

Two Women Arranging Flowers in the Interior has never been shown in public. Having found its way from the artist to Dublin via the Netherlands, the painting is now travelling back to Asia – the place of its creation – after more than half a century. It, together with other highlights from the sale, will be on preview in Singapore from 16 to 18 April, and then in Hong Kong from 19 to 22 April. 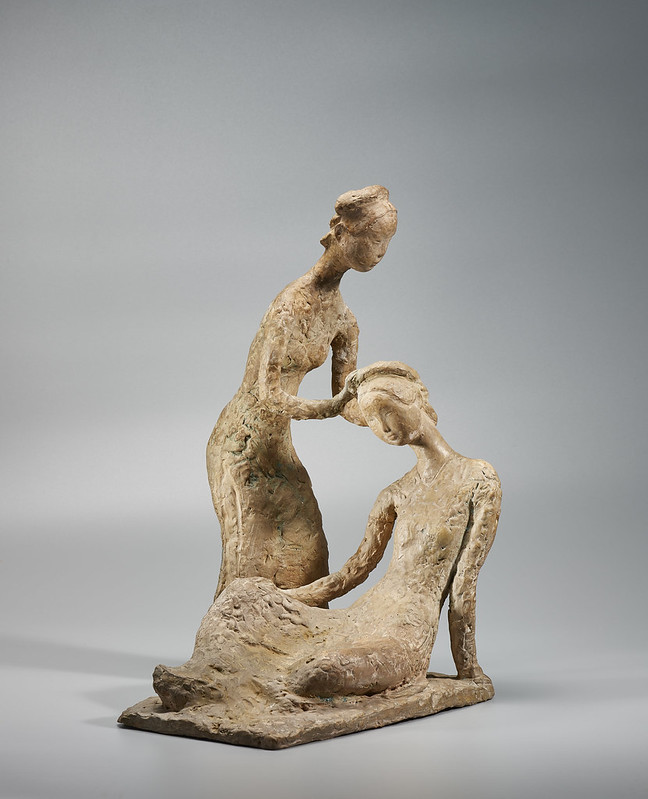 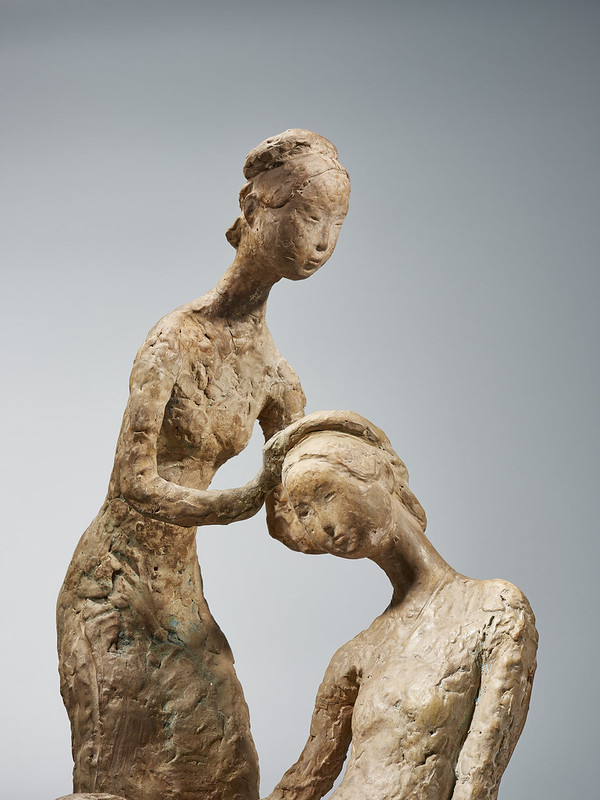 This sale also presents a strong line-up of Vietnamese art, led by a rare terracotta sculpture by Vu Cao Dam – Deux jeunes femmes (Two Young Women) (estimate: HK$400,000-600,000). While Vu is well-known as a painter, his sculptural works, especially in the medium of terracotta, are rarely found in the market. Deux jeunes femmes is the only one other example to come to an international auction house over the past five years. Modelled in clay, this rare work radiates a gentle grace and sensuality from the two young women dressed in the traditional Vietnamese ao dai. Vu turned to modelling in clay during the Second World War due to the Nazis restrictions on smelting metals, which were requisitioned for warfare. Unlike bronze sculpture, where multiples can be cast repeatedly from a single mould, a clay sculpture such as Deux jeunes femmes exists as a single unique piece.

Further highlights from the sale include: 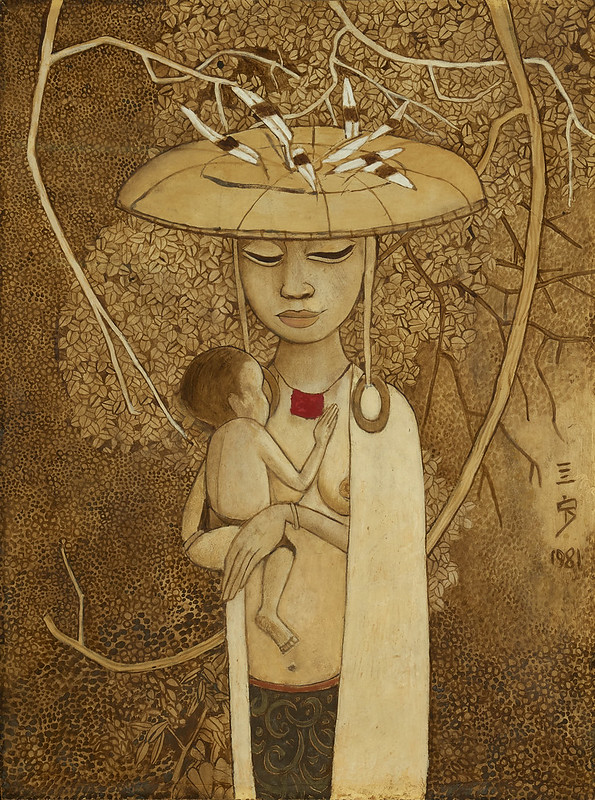 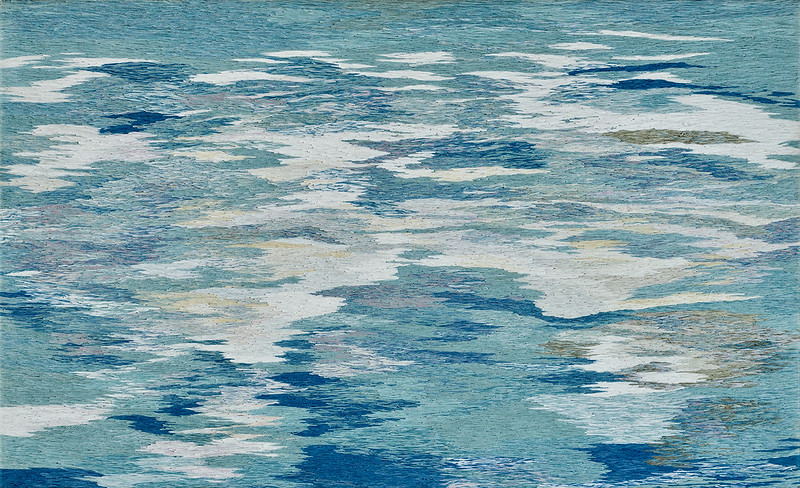 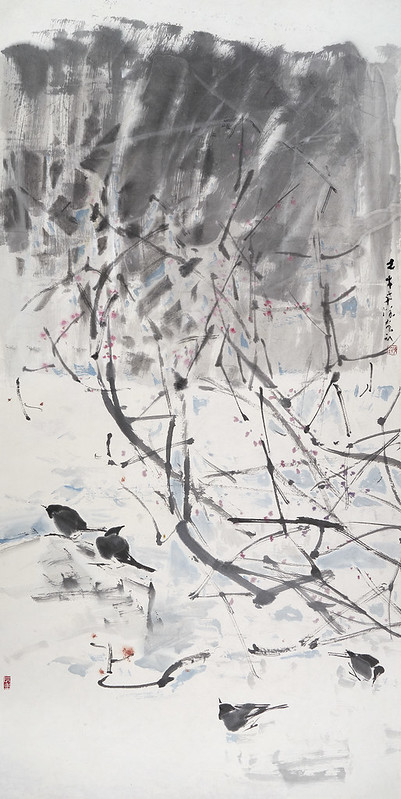